“‘You can't run, but you can hide’ is an installation by Melle Nieling. The piece consists of a large corner and two non-functional emergency exit doors. Through this work, Nieling encourages us to reflect on the ways in which we construct our own reality.

In addition to exploring the relationship between reality and virtuality, the work also challenges the authority of common symbols through its use of humor. By rendering the emergency exit doors non-functional, Nieling breaks down the apparent authority of these symbols and invites viewers to question their meaning.

The emergency exit doors in the work can also be seen as similar to the telephones used to “jack out” of the Matrix. Just as the characters in the film use the telephones to escape the virtual world, the emergency exit doors in Nieling's work offer the possibility of escape from reality. However, the only escape the doors offer is into the imaginary hallway behind them.

Further down the space hangs a small piece of wall, titled ‘You can't play, but you can plug’. Covered in accumulated layers of different types of paint, nails, staples, and tape, this fake cut-out of a wall references the walls of art academies. A long rubber cable is plugged into a socket on the wall and meanders around the space, until it ultimately disappears under one of the emergency doors.”

The creation of ‘You can't run, but you can hide’ was made possible in part through a contribution by the Mondriaan Fund. 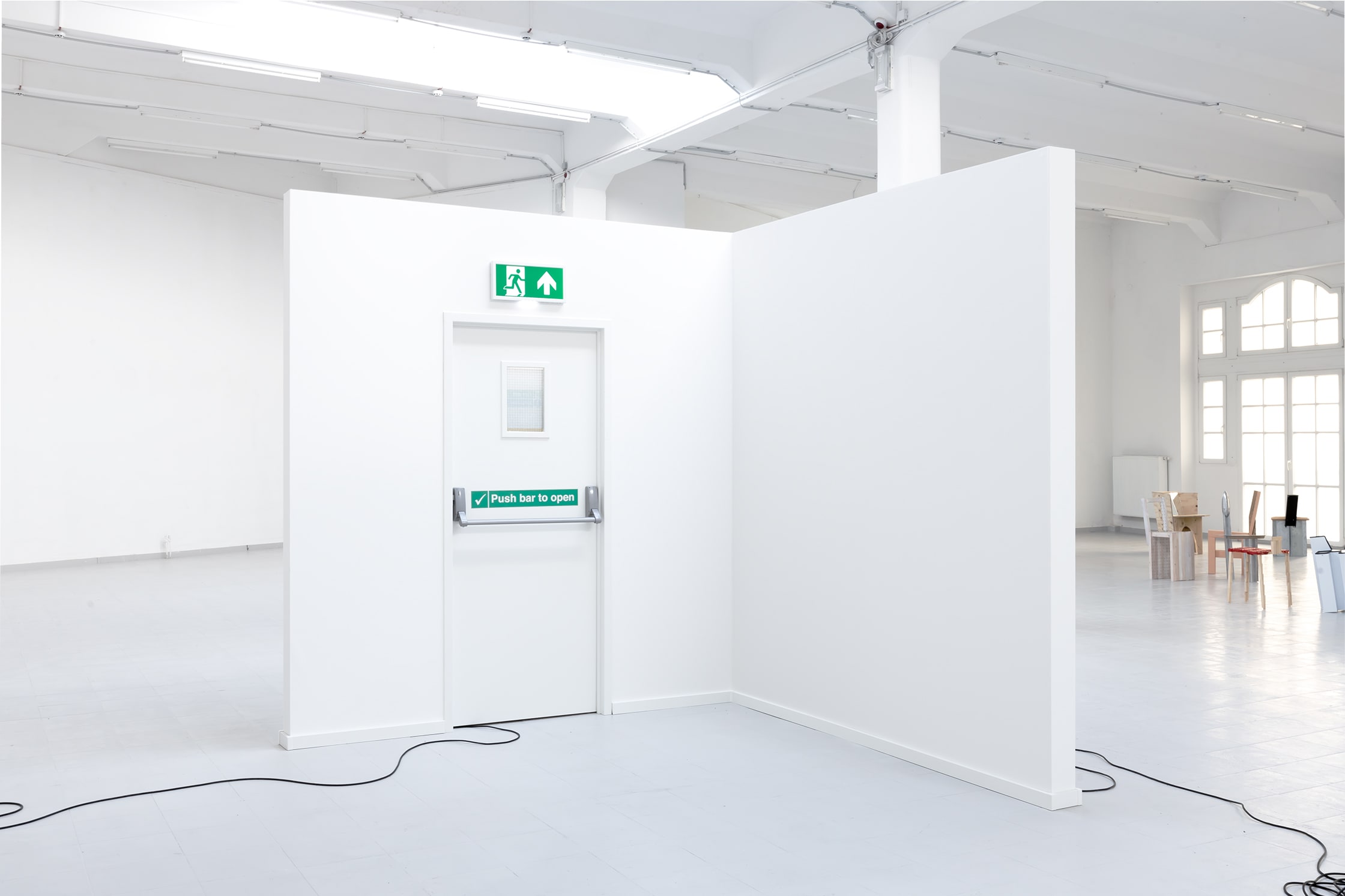 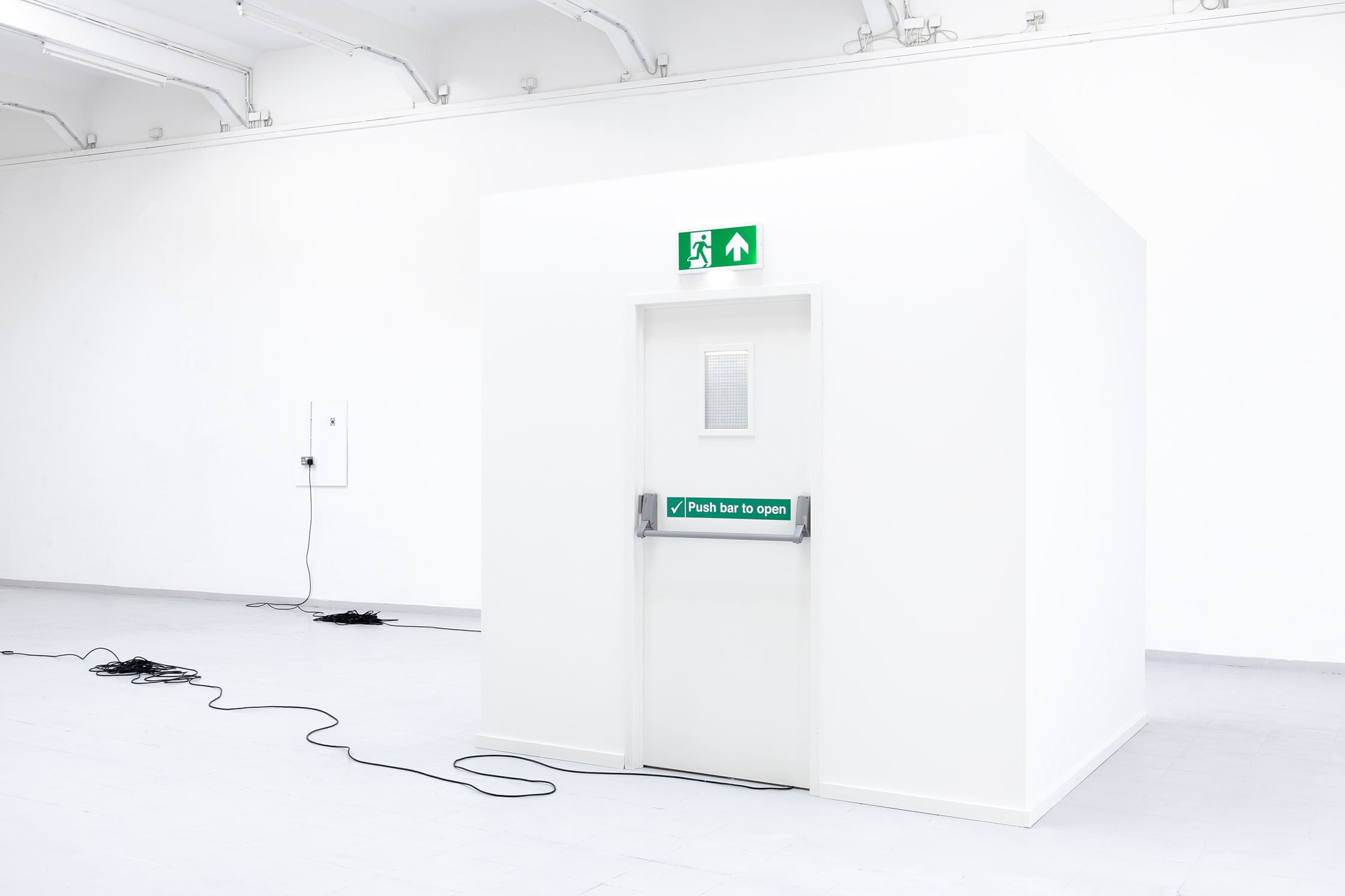